Many people and organizations feed my work. It would be impossible to name them all. Here are five essential streams that I build upon :

Team Academy is a radically different business school based in Finland. I have been there for first time in 2003. Since then, their energy and methods have irrigated my practice. With my clients first, but also through the creation of a similar school in France. Team Academy is based on action learning : students don’t have classes but learn through their own company and throught reading. I feel at home with Team Academy’s goals and values.

Since 1992, I have been inspired by Peter Senge and – later on – involved in the Society for Organizational Learning (SOL).  I have studied and practiced quite a lot these concepts and tools, and it is still an important source of knowledge and sharing for me. In particular, I have experimented the power of dialogue as a key for team performance and learning. 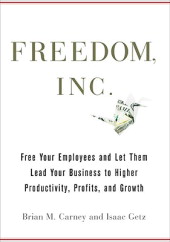 Some really great leaders have explored a radical path towards performance : setting their employees free ! As early as in the late 60’s Robert Townsend from Avis set the tone. As he puts it in his wonderful book “Up The Organization” : ‘And God created the Organization and gave It dominion over man’ – Genesis 1, 30A, Subparagraph VIII. Many leaders since then have given back the dominion to people over bureaucracy. Ricardo Semler from Brazil is well known. But they are many now those who experiment radical freedom at work. My friend Isaac Getz  has investigated deeply the topic and what seemed to be the passion of a little group of foolish CEOs is now very documented and appears as a sound and profitable way of leading – even large organizations. In a sense, Freedom Companies are real-life examples of what learning organizations were meant to be.

At the age of 21, I have been lucky enough to communicate directly and deeply with an unknown Bengladeshi professor : Muhammad Yunus. 25 years and a Nobel Prize after, what was a powerful but still modest experiment (Grameen Bank) is now a worldwide movement. Not only through micro-credit, but through what Yunus coined as social business. I believe that this is a relevant path for the future. Not only for NGOs, but also for large companies. It definitely forces us to think and act out of our traditional borders or silos. But it also means that all the challenges that we face have to be adressed by multi-stakeholders dialogue and innovation.

I wouldn’t be done with this exercise if I did not mention my deep interest for Art and Design. I love to read books about artists, architects, designers,… In business, I use this mainly through Design Thinking approaches and also through Visual Meetings and Graphic Recording kind of tools. I believe in the power of creation.