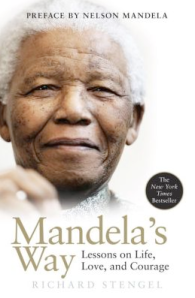 Six months ago, I read a remarkable book about Mandela’s leadership : Mandela’s Way, written by Richard Stengel. The thing that most impressed me in Madiba’s life is the fact that, when he was in jail, he learned Afrikaans, the language of his enemies, the Apartheid rulers. When asked why he did that, his answer was : “When you speak Afrikaans, you know, you go straight to their hearts” (p. 135)
This is really amazing. The purpose was not primarily to gain an advantage on  his enemies – for instance, in negociation – but to open the possibility of a dialogue where the heart is involved. This means :

For us, whoever are our enemies, there is a true calling : are we ready to learn our opponents’ language ? are we willing to speak to their hearts ? and, may be more difficult, do we dare to listen to their hearts ?